2020 has been a wild ride so far but amidst all the chaos, the legal cannabis industry in California is still growing. More California cities are getting on board with the green movement and making moves to allow cannabis businesses to set up shop in their neighborhoods.

Despite the circumstances, the year still shows great potential for the cannabis industry. After proving capable of surviving a global pandemic, more cities are starting to see the economic benefits that a regulated cannabis market can bring in.

Here are some cities that have marijuana on the horizon:

Cannabis sales aren’t legal in Stanton yet, but on June 23, the Stanton City Council adopted an Ordinance allowing Commercial Cannabis Businesses. On July 14, a public hearing was held to go over the details:

Costa Mesa currently allows cannabis manufacturing, testing, and distribution with a ban on cannabis retail under Measure X. Since the 2016 vote to legalize commercial cannabis statewide, Costa Mesa has opted out of cannabis storefronts.

In November, the city will ask voters to decide whether to include retail cannabis to the list of licenses it currently allows. The measure would create regulations and taxes for legal dispensaries and delivery services which would benefit the city’s economy by possibly bringing in several million dollars a year. If the measure is passed, it would also create needed jobs lost to the pandemic.

The City’s goal is to have all cannabis application procedures completed in time for the November vote, thus allowing applicants to submit paperwork 30 days after the measure passes.

Fullerton might be next on the list of cities welcoming cannabis into their neighborhoods. On July 7th, Fullerton City Council agreed to move forward with a proposed ordinance that, if passed, would allow various cannabis businesses to operate within the city.

A study by the city showed 70% of residents were in favor of allowing dispensaries in Fullerton. Council members who support the ordinance hope that having a regulated market will also decrease the cannabis black market and create new jobs. 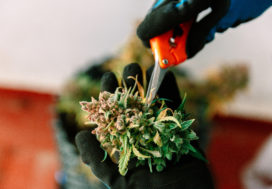 California Continues The Battle Against an Illicit Can... 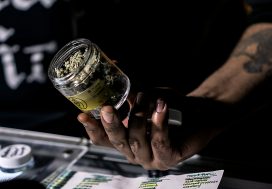